Louise is an active oboe and English horn player throughout Allegheny and Westmoreland counties.  She currently serves as the principal oboist for the Westmoreland Symphonic Winds and Sinfonia at Seton Hill University as well as substitute oboe/English horn for the Westmoreland, Johnstown and Edgewood Symphony Orchestras.  She enjoys performing solo, chamber and small ensemble works and occasionally can be seen playing the alto or tenor saxophone with jazz ensembles in the area.

In addition to performing, Louise is a full-time K-6 general music and chorus teacher at Homer-Center School District in Indiana County.  In the summer time, she can be found at Chatham University's Art and Music DayCamp teaching woodwind lessons, camp band, music theory and jazz history to students from ages 8-14.  She has over 5 years of private lesson instruction and continues to teach woodwind lessons to students of all ages.

Louise holds a Bachelor's degree in music education from Indiana University of Pennsylvania (2012) and Master of Music in oboe performance degree from The Ohio State University (2014).  Her teachers include Rise' Kostilnik, Dr. Stephanie Caulder and Robert Sorton. 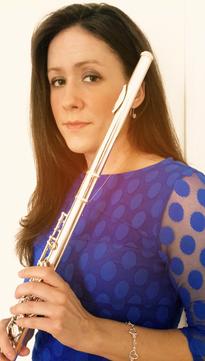 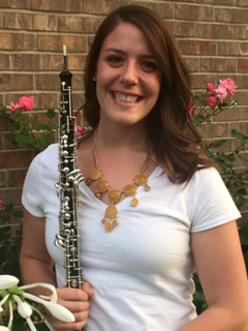 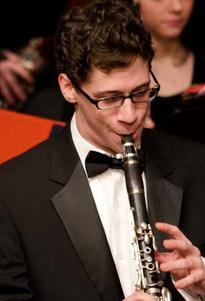 Amanda is a professional Pittsburgh area flutist and private teacher. She has served as principal flute with the Pittsburgh Philharmonic, principal flute and second flute/piccolo with the Undercroft Opera, as well as substitute flute/piccolo for the Edgewood, Westmoreland, and Johnstown Symphonies. She also performs in various solo, chamber, and/or larger ensemble roles in a variety of venues throughout the Pittsburgh area. As an educator, she has nearly 10 years of experience in private instruction, in addition to her many years of experience teaching both instrumental and general music (K-12).   Amanda currently teaches at Mercyhurst University in Erie, Pennsylvania, and West Virginia Northern Community College in Wheeling, West Virginia.   An ardent advocate of early music and historical performance, Amanda also plays the baroque flute. She has performed in master classes for internationally known baroque flutists Kim Pineda, Janet See, and Barthold Kuijken.

In addition, Amanda is also a certified personal trainer and corrective exercise specialist through the National Academy of Sports Medicine.   She strives to incorporate her knowledge of health and fitness into her teaching, especially stressing the importance of proper body alignment, breath, and injury prevention with her students.

Nolan Petote is a recent graduate of Carnegie Mellon where he obtained his Master’s and Advanced Music Studies Degrees in music performance.  While at Carnegie Mellon, Nolan was in the studio of Michael Rusinek, principal clarinet in the Pittsburgh Symphony, and a member of the Carnegie Mellon University Philharmonic, Symphony Orchestra, Wind Ensemble, and Contemporary Ensemble.

Steve is a freelance musician in the western Pennsylvania area. He is a member of the Butler County and Johnstown Symphony Orchestras and has played with many of the other regional symphony orchestras in the area. In addition to his orchestral work, he is an active chamber musician as the bassoonist with the Aeolian Winds of Pittsburgh and now joining the Bel Suono Ensemble. Steve is a graduate of the Mary Pappert School of Music at Duquesne University. Besides his work as a performance artist, he is a dedicated professional musical instrument repair technician specializing in woodwind and brass instruments.